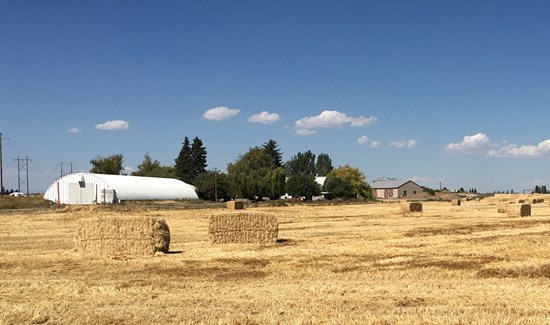 Because of Donald Trump and his Republican senate followers, the family farm could become an endangered species.

Donald Trump's policies have created a perfect storm that is threatening to sink family farms throughout Idaho and the United States.

The US is having its worst farm crisis since the 1980s, with farm profits cut almost in half since in 2018 compared to 2011.  Also, farm debt is rising as farmers need to mortgage the farm.

As the US Senator from Idaho, I will obtain seats on BOTH the Agriculture Committee and the Energy & Natural Resources Committee so that I can help these vital Idaho industries.

Trump is a horrible negotiator!  He usually antagonizes an opponent unnecessarily.  China has become so aggravated that in August 2019 it placed a ban on all agricultural products from the United States.

In the recent past, China purchased about 60% of US soybeans.  Soybean farmers will now need to grow other crops instead.  But prices for other crops, such as wheat and corn, are already low.  So when China stops importing US soybeans, that further depresses the prices of a wide range of other crops.

There has been over $25 billion authorized for trade war assistance for farmers hurt by Trump's trade war with China, but more than half of this money went to the largest 10% of farms.  In fact, more than 80 farms received over $500,000, and one farm in Missouri received almost $3 million.

Adequate trade war payments are not reaching family farmers, and even if they were, these payments do not come close to replacing the lost income to farmers from Trump's bumbling trade war with China.

The replacement for NAFTA, the so-called USMCA (or Trump NAFTA) does not help family farms.

Canada was given additional access to the US sugar market, so sugar beet farmers in Idaho will be hurt by this provision of Trump NAFTA.

In fact, the United States International Trade Commission projected that Trump NAFTA might help US agriculture by .18 of one percent--less than 1/5 of one percent!  That equates to only an estimated 1,700 additional agricultural jobs NATIONWIDE.

Since Idaho MIGHT only be able to pick up 20-50 additional agricultural jobs from Trump NAFTA, that won't offset the harm to Idaho's sugar beet industry.

Rather than helping Idaho agriculture, Trump NAFTA is a Trojan horse for Big Pharma, forcing Canada and Mexico to increase patents for biologic drugs to 10 additional years on top of the already lengthy 20-year regular drug patents.  Idaho farm families need medical care and pay a lot for it, and the increased drug prices that Trump NAFTA will cause are not worth the supposed .18 of one percent increase for agriculture.

The Trump administration issued 85 ethanol waivers as of September 2019.

These ethanol waivers were issued to oil refineries, exempting the oil refineries from requirements to use ethanol (made largely from corn) in the gasoline they produce.

These 85 ethanol waivers under Trump compare to only 10 waivers issued during all of President Obama's administration.  The 85 Trump ethanol waivers combine for a whopping 4 billion gallon reduction in ethanol production.

Why aren't Idaho senators Risch and Crapo standing up to Trump like Senator Grassley is???

Remember, what hurts the corn sector will also hurt other farm crop prices.  With lower demand for corn because of these Trump ethanol waivers, corn farmers will need to instead plant wheat, barley, or other crops, increasing the supply of these crops and driving down prices.